2014 is off to a great start at the Harvey County Historical Museum and Archives!  Two exhibits opened on January 18 and visitors enjoyed a wonderful Sunday Afternoon Program given by Marti McCartney on January 19.  With this post we will resume our blog schedule of posting once a week.  Look for new posts to be published on Friday of each week.

The small Harvey County town of Walton is our featured community for 2014. Throughout the year, we will post stories related to Walton history.

Because of the location along the busy Highway 50, Walton is a convenient stop for travelers. As a result service stations have served an important role in the community.  The history of a gas station in a community can be hard to track.  The following is based on information that we have at the Harvey County Historical Museum and Archives.  If you have additional information, corrections or photographs, please contact HCHM.

In 1905, Sylvanus F. Bowser developed a pump that would take gas out of a barrel and fill the tank of an automobile.  The first "filling stations" were often a pump placed on the sidewalk in front of a general store.

This caused congestion as horse-drawn vehicles and pedestrians were also on the roads and sidewalks near the store. Soon the idea of a separate 'drive-in' business was adopted.  By the 1920s, the major oil companies were trying to make their product stand out and identifiable with eye catching buildings and signs.

One of the earliest Walton stations was owned and operated by Harry Davis. The Standard Oil Co Service Station was constructed in the early 1920s. The original location is not known at this time, but in the mid-1920s the station was moved to the intersection of 1st Street and Highway 50 to take advantage of the traffic on the new highway.  Davis ran the business from 1923 to 1931.  Dutch Wise was the owner/operator from 1931 to 1937. 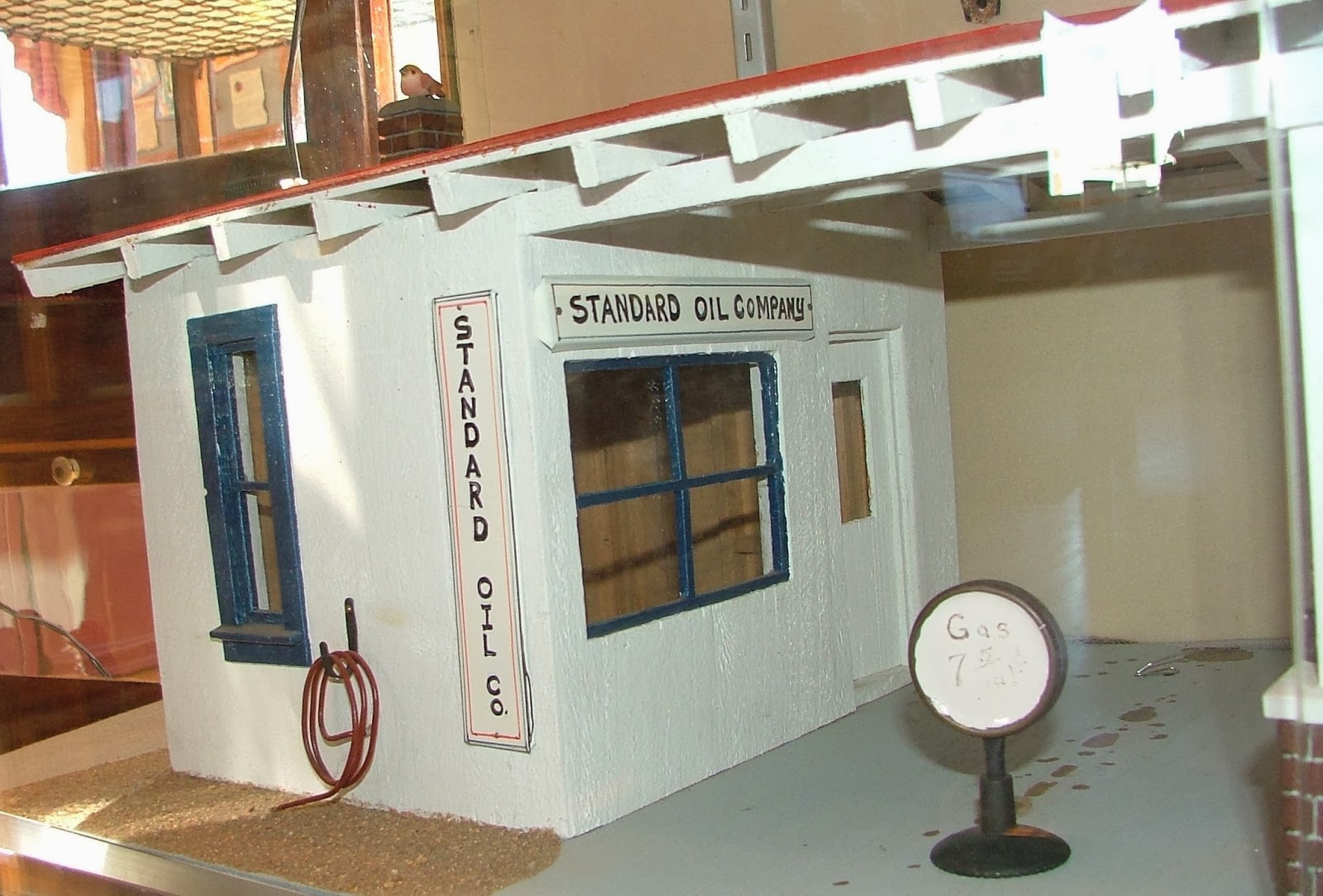 
Frank Wise opened Walton Oil Co using the Phillips brand of fuel in the 1930s at the corner of US 50 and First Street in Walton.  He operated a service station in Walton until 1950.


Other Walton Service Stations based on information collected by Richard Hege.

Posted by hvcurator at 9:28 AM