A few years ago I acquired a metal recipe box filled with hand written recipes.  I did not quite know what I would do with the recipes and at the same time I could not quite throw them away. The recipes shine a light into a community of women, their friendship and tastes.  This metal box is also a record of one woman's cooking career.


She often wrote who had given her the recipe and if it was "good" or merely "ok" at the top.


Some go back to when she was a young married woman, 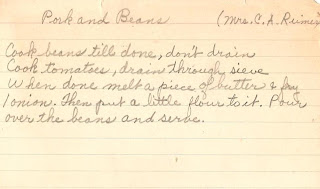 others are on florescent colored index cards - suggesting a more recent recipe. 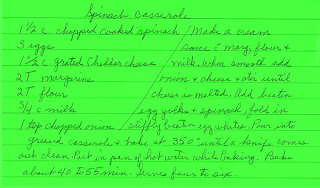 As part of this blog. I will periodically share recipes from Arpa Wedel's Recipe Box as well as other good cooks from the past.  Feel free to try them out and let us know at the museum how they turned out for you - 'good' or just 'ok'.


Today, since it is June and summer is in full swing I thought some ice cream recipes might be in order. 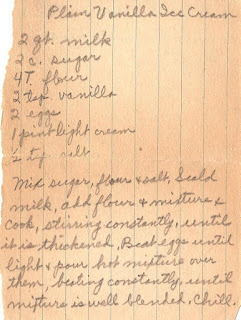 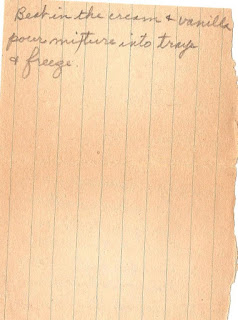 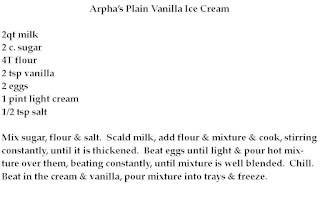 This one she cut out from a magazine.  I wonder how she liked it? 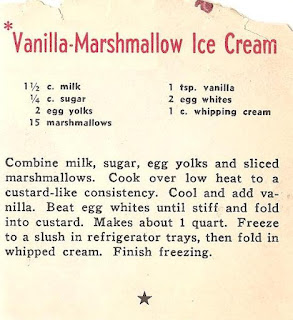 From another excellent cook, Martha Dirksen (1904-1994), a recipe for homemade ice cream and ice cream sandwiches. 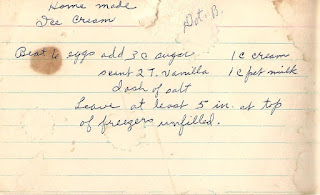 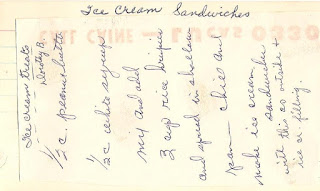 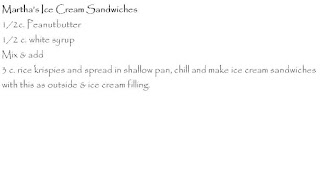 Posted by hvcurator at 9:33 AM