It Proved a Very Fascinating Pastime: The Beginnings of Basketball in Harvey County


'March Madness' is upon us!  In light of the WSU Men's Basketball Team success with an amazing record of 31-0, we thought it would be interesting to explore contributions to the game of basketball made by Harvey County people.  This is the first in a series featuring basketball in Harvey County.

"We're getting a hell of a lot of exercise sitting around and playing cards."

With this complaint, made at a card game in Newton, the new game of basketball came to Harvey County in 1900.  Among the group of men that regularly met to play cards was a businessman by the name of William C. Kosa.  He agreed to teach his friends a new game that he had learned at a Chicago YMCA to help them get more exercise - basketball.
Kosa had learned the new game played on the outdoor playground of the Hull House in Chicago.  He even had a copy of the rules. Along with another local businessman, R.A. Goerz, he organized a team known as the "Newton Ajax" in 1900 to play basketball.

Basketball was a brand new sport in 1900.  Ten years earlier, Dr. James Naismth, while working at a YMCA in  Springfield, Ma, developed a game that could be played indoors during the winter months when it was difficult to exercise outside.  The game involved 13 rules, a ball, and peach baskets hung at a height of ten feet.  Two years later, he published the rules of his new game "Basketball". 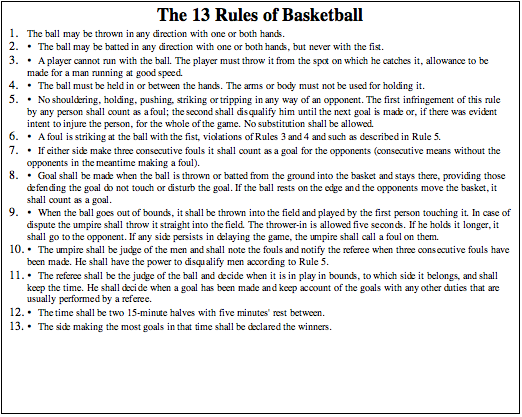 In 1898, William C. Kosa moved to Newton, Ks from Chicago and with him he had the first official basketball rule book.  While in Newton, Kosa organized the first competitive basketball teams in Kansas - the Newton Ajax.  Kosa served as player, manager, and organizer of the new sport.

Unfortunately, since they were the first team to organize in Kansas, they were also the only team.  Very few people in the state Kansas knew about basketball.  To solve this problem, a second team was created from members of Co. D, Kansas Militia and was known as the "Newton Eagles."

"Basketball was introduced in Newton last night.  A game took place between members of Co. D and one from 'civilians'.  It proved a very fascinating pastime and those who took part are quite enthusiastic over the sport."(Newton Kansan 7 February 1900)

Throughout the spring of 1900 the two teams regularly faced each other.  Games were held on Wednesday nights at the Kansas Armory. Admission to the game was twenty-five cents; children free. One game attracted 500 spectators.  Although the "fast" Ajax team usually came out on top, "it was never a foregone conclusion, for the army team often turned the tables with characteristic Newton fight."


Gradually more teams formed in Kansas.  On December 22, 1900 the Newton Ajax went against their first out of town opponent, the Kansas University, coached by the inventor of the game, Dr. James Naismith. The game was "hard fought, characterized by rough play and wrangling with the referee over decisions" but the Newton Ajax were able to win the game with a score of 2-0.


"We used to get a two point lead and hold the ball the rest of the game to keep our opponents from scoring."

The playing conditions were also often quite rough.  Unlike today's polished hardwood, the condition of the court could vary widely. Games could be played outside on a somewhat level area. If playing inside, floors might be rough and warped.  The baskets may or may not have a backboard.  A game against El Dorado was played in an abandoned, unheated ice house.

As time went on the two Newton teams worked together. The Newton Ajax team met the visiting teams on the Newton home court. The Newton Eagles team consisted of men who could easily participate in road trip games.

In 1905, the Newton Athletic Club was established, combining the two into one Newton team.  They successfully played against nationally known teams. During the 1905-06 season Newton was undefeated until they played Baker University.  Newton was able to secure three independent state titles 1905-1910.

William C. Kosa remained in Newton, Kansas until 1940 when he and his wife, Lucia, moved to California.  Kosa continued to have an interest in Newton and was a founding member of the "Newton Old Timers Club" established in 1967 to celebrate Newton athletes of the past.  William Kosa returned to Newton in 1970 to help celebrate "Newton the birth place of basketball."


Thank you to the University of Illinois at Chicago Library, Special Collections staff who provided information from the William C. Kosa Collection for this post.

Sources
Connect with us on
our home page
or
Facebook
Posted by hvcurator at 11:37 AM