Now Here's What You've Been Waiting For: Beatles '65 Album


Do you remember where you were when the Beatles first performed on the Ed Sullivan Show?  Where you one of the many that were "two inches from the screen, screaming"?  This weekend marks the 50th anniversary of the debut of the Beatles in the United States, so we are sharing an album in our LP collection, Beatles '65.
The music group that we know as the Beatles got its start in Liverpool, England in 1958 when John Lennon, Paul McCartney and George Harrison began performing together.  Ringo Starr joined the group in 1962.  Two years later, on February 9, 1964, the Beatles performed on the Ed Sullivan Show in New York for a crowd of screaming teenagers.


On December 15, 1964, the Beatles released Beatles '65 with all new songs mostly composed by John Lennon and Paul McCartney.  Recorded in London studios between June and October 1964, this was their first new American album released since July 1964.  The Album went straight to #1 on the charts and stayed there for nine straight weeks. 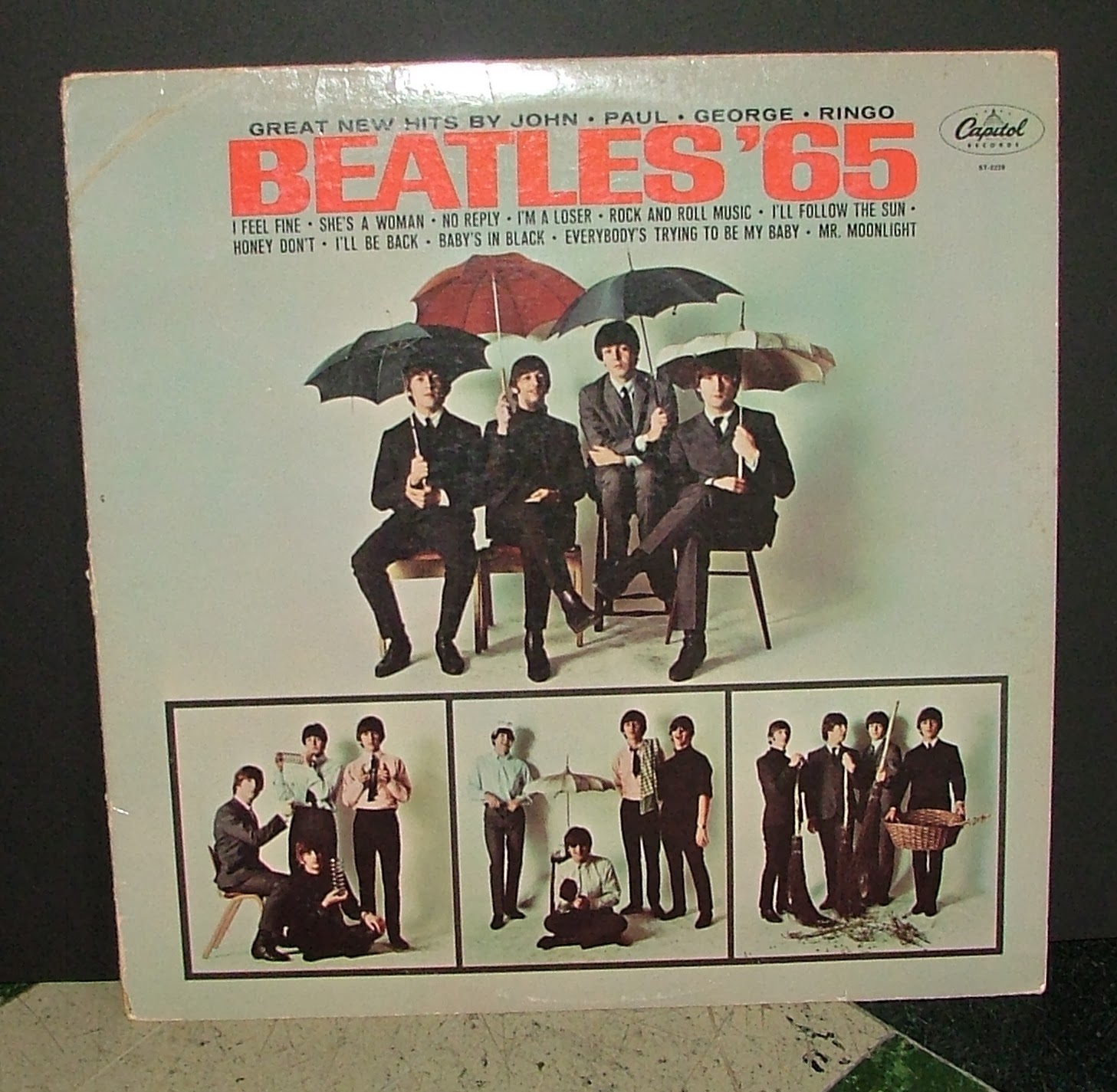 The album included eleven new songs including I'll Be Back, She's a Woman, and Honey Don't. The album was a huge success with sales passing the three million mark.

To listen to songs from the album go to: Beatles '65 Album.

What was your favorite Beatles song?